Write a submission to stop Imperial Oil and Gas

Your chance to say NO to NT gas drilling plans

Imperial Oil and Gas are right now seeking permission to drill for shale gas in the wet season just 85 kms south-west of Borroloola within the Carpentaria and McArthur Basins. This drilling program will threaten communities, land, air and water.

It’s really important to have your say on this project and lodge your objection.

On this page, we have ideas for your submission you can cut and paste into an email - and it’s up to you to add in more feedback.

Please personalise the subject line. Add an intro about yourself. We’ve put together more quick tips for your submission below.

Thank you for taking action to protect the Northern Territory from fracking gas fields. 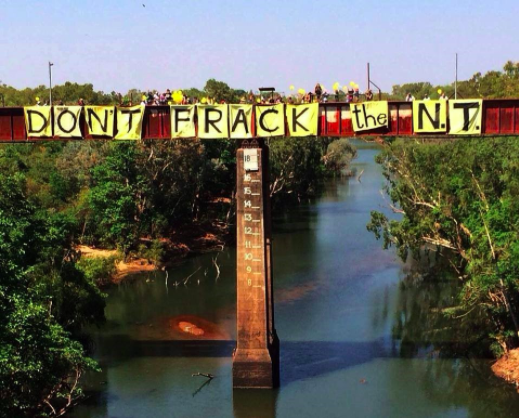 I am writing to express my objection to the Revised Environmental Management Plan submitted by Imperial Oil and Gas for their 2020 Drilling Program NT Exploration Permit (EP) 187.

My key concerns with this plan are outlined below.

IMPACTS TO PEOPLE AND COMMUNITIES

There are a number of possible negative impacts to people and communities posed by Imperial’s drilling program including:

There are a number of pastoral properties with livestock and infrastructure in the vicinity or the Tenement. The nearest property is OT Downs Homestead located approximately 20km North-West of the proposed area.

It is unacceptable that Imperial Oil and Gas would use open pits and unattended open-top tanks in the wet season and risk the likelihood of overtopping.

Using open pits and unattended open-top tanks in the wet season poses a risk to soil, water and the threatened birdlife that visits the site, including the Gouldian Finch, and should not be open and accessible to birdlife at any time.

The summer monsoon season brings rain and cyclones and during this period the project area can experience significant rainfall events.

It is deeply concerning that instead of storing toxic wastewater in enclosed tanks, Imperial Oil and Gas is planning to use open pits and unattended open-top tanks in the wet season. Not only could this kill birds, but extreme weather events could cause downstream pollution impacts.

The Imperial Oil and Gas drilling program is at odds with the NT Fracking Inquiry recommendation 7.12. The Inquiry stated that: “enclosed tanks must be used to hold all wastewater.”

Cuttings and solid drilling residue initially stored in a lined pit. Subject to sampling and testing results drill cuttings will be buried and disposed in-situ (on site). This disposal of potentially hazardous waste on site is a threat to soil and water quality in the area.

If certification and DENR approval cannot be obtained for on-site disposal then this waste will be disposed of to a licensed facility in Queensland. Residual drilling mud in the drill cuttings sump that does not evaporate and fails to meet disposal requirements as outlined in the Code will be removed from site, before the onset of monsoon rains for disposal at a licensed facility in Queensland. This is not good enough, if this waste is too dangerous for the NT why should Queenslanders be forced to live with their toxic waste disposal?

THREATENED SPECIES IN THE AREA

There are 13 threatened species listed as potentially occurring within the project area, which includes a range of birds, mammals and reptiles.

The Environment Protection & Biodiversity Conservation Protected Matters Search Tool identified 13 threatened species that have the potential to occur in the Project Area. Of these, the Gouldian Finch have a high potential to occur and Yellow-Spotted Monitor has a moderate likelihood of occurrence.

IMPACTS UPON GROUNDWATER AND SURFACE WATER

It is anticipated that 2.5ML of water will be required for Imperial Oil and Gas’ drilling activities.

A number of negative impacts to water are posed by Imperial’s drilling program including:

The McArthur River is the primary surface water, water drain of the exploration area. This water course drains the whole area into the Gulf of Carpentaria. The Glyde is the main tributary to the McArthur River and lies to the east of the study area.

Among the various formations to be intersected during drilling, the Gum Ridge Aquifer is expected to be encountered at an approximate depth of 100-150m.

Imperial Oil and Gas state that they will use “a cemented production casing string to provide additional protection barrier between producing hydrocarbon bearing zones and shallow aquifers”. However it is well known that cement will crack overtime and this would be disastrous.

There is insufficient information concerning Groundwater Dependent Ecosystems in the Beetaloo Sub-basin or elsewhere in the NT. The Strategic Regional Environmental and Baseline Assessment recommended in Section 7.4.3 of the Pepper Inquiry seeks to address this knowledge gap. The SREBA has still not been finalised. Until the SREBA is finalised this drilling program should not proceed.

CHEMICAL AND DRILLING FLUIDS TO BE USED

Imperial Oil and Gas admits that it’s wells are designed to be drilled utilising water-based muds and drilling fluids.

Drilling Activities will create a range of waste including:

A number of these chemicals are listed as hazardous and potentially hazardous and could pose a contamination threat to soil, surface water and groundwater.

Imperial Oil and Gas admits that “In the event of produced gas, flaring rather than venting will be implemented for emergency purposes.” This is a risk to the air quality of nearby communities.

Drilling fluids containing possible naturally occurring radioactive materials will be evaporated as much as possible; remaining fluid will be disposed at a licenced facility. This use of evaporation also poses a real risk to air quality of nearby communities.

Traffic management; specifically the management of unsealed access tracks during the wet season increases the risks of accidents, erosion, spills and leaks. Furthermore the increase in traffic movements potentially carrying toxic waste will have a negative impact on the Northern Territory’s tourism sector that is already under stress from Covid 19. This is unacceptable.

BUSHFIRE RISKS DUE TO DRILLING ACTIVITIES

This area is sensitive to bushfires. Rural Fire Brigades have been calling for gas companies to stop ignition sources and flaring on total fire ban days. Imperial Oil and Gas admits that “In the event of produced gas, flaring rather than venting will be implemented for emergency purposes.” Imperial Oil and Gas must be made to stop all flaring on total fire ban days.

Thank you for considering my concerns,