Protect Country Alliance is alarmed “junior” gas companies are being given approval to frack areas of the Northern Territory where studies are yet to be conducted into the impact of the polluting practice.

NT Traditional owners are travelling thousands of kilometres this week to bring a clear message to Sydney - Origin doesn’t have consent to frack their land and open the largest new oil and gas reserve in Australia. 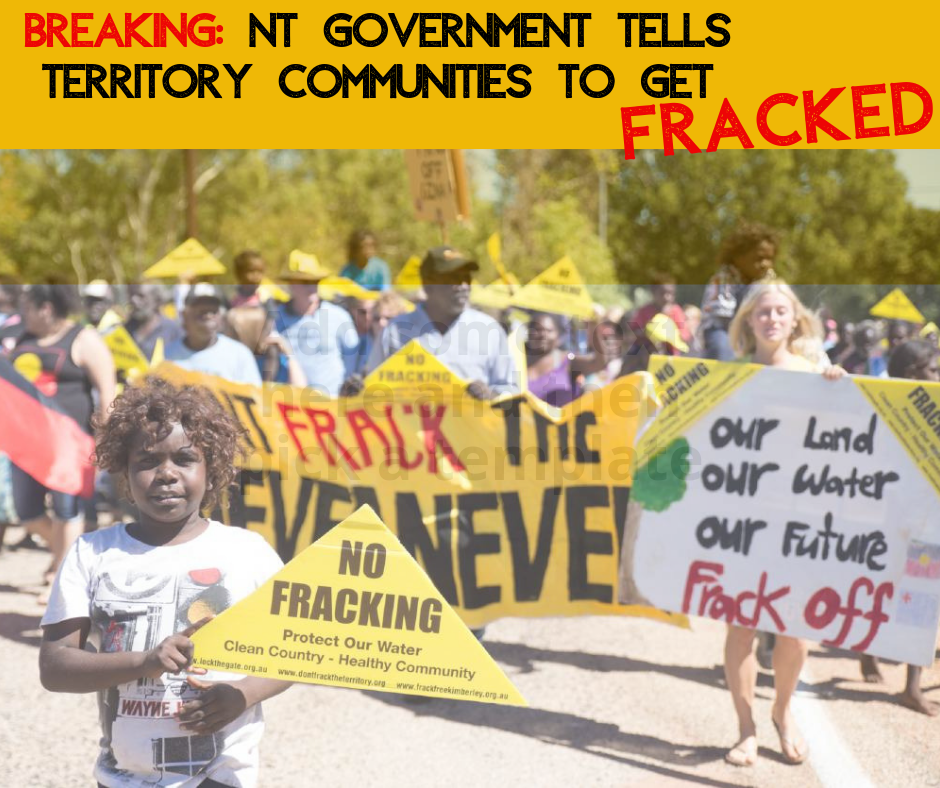