The Morrison Government’s appalling decision to spend $50 million of Australian taxpayers’ cash propping up the polluting gas fracking industry in the Northern Territory will threaten communities and the environment, and will damage other existing, more sustainable industries.

“What this announcement clearly shows is that fracking the Beetaloo Basin for gas is not economically viable without massive subsidies,” he said.

“Every Australian taxpayer should be utterly outraged by this decision - fracking is expensive, environmentally destructive, and has no future in a zero carbon world.

“The word is moving away from fossil fuels and renewable energy technology is now by far the cheapest, most efficient way to power homes and industry.”

“Yet the dinosaurs in the Morrison Government remain ideologically in bed with the fracking industry and are choosing to waste public money propping it up,” Mr Sawyer said.

“Put money into any other industry in Australia and you’ll create more jobs.

“We know from other jurisdictions that when the fracking industry comes to town, it leads to a net decrease in job opportunities because it muscles out other industries and does not create the same jobs as, for example, agriculture.”

“Fracking also carries the serious and probable risk of contaminating and depleting underground water sources that are so vital in a dry country like ours,” Mr Sawyer said.

“To add insult to injury, the Federal Government is paying these companies to frack through our aquifers without waiting for the promised science studies into the groundwater to be completed.

“The Morrison Government can throw as much money as it wants at this destructive industry, but Traditional Owners, farmers, and the broader NT community remain opposed to fracking, and we will not let it threaten our land, water, and environment without a fight.”

Traditional Owners for the Beetaloo Basin area where Federal Energy Minister Angus Taylor is visiting to inspect a gas site today say they strongly oppose fracking on their land and fear it will destroy a sacred site.

Mr Taylor is this morning visiting Empire Energy’s test drilling program at its Carpentaria-1 site, about 85km from Borrooloola, as part of the Morrison Government’s decision to waste taxpayer funds propping up the dirty and dying fracking industry.

The company company currently has plans to frack the site during next year's dry season.

Peggy Mawson is a Traditional Owner for the area where Empire Energy has drilled and plans to frack.

She said, "We call that site where the company is drilling Paradise Pool or Karranjini. It is a mermaid dreaming.

"I got a shock when I drove past the site recently and saw all the trucks lined up carrying chemicals and drilling equipment waiting to destroy our country.

"I'm the Mihirringi for that dreaming, the boss lady for that site. Nobody from the government or the company came and asked me for permission to do the fracking there.

"We want the minister and the whole country to know that the Traditional Owners and the community here do not agree for fracking to go ahead in the McArthur Basin. We all share the water here and we are so worried about what will happen if fracking poisons our water and kills our dreaming."

“We told them that fracking mob when they came to the community that we don’t want fracking in that Balbarini area.

“It would destroy our land and water. There’s a lot of sacred sites in that area and a lot of dreaming story.

“They did a trick on us when they had a meeting, saying we signed for fracking when we just signed to say we were at the meeting not to agree to fracking.

“They don’t have permission from us.

“We want them to stop. It’s really important for us that they don’t go there.” 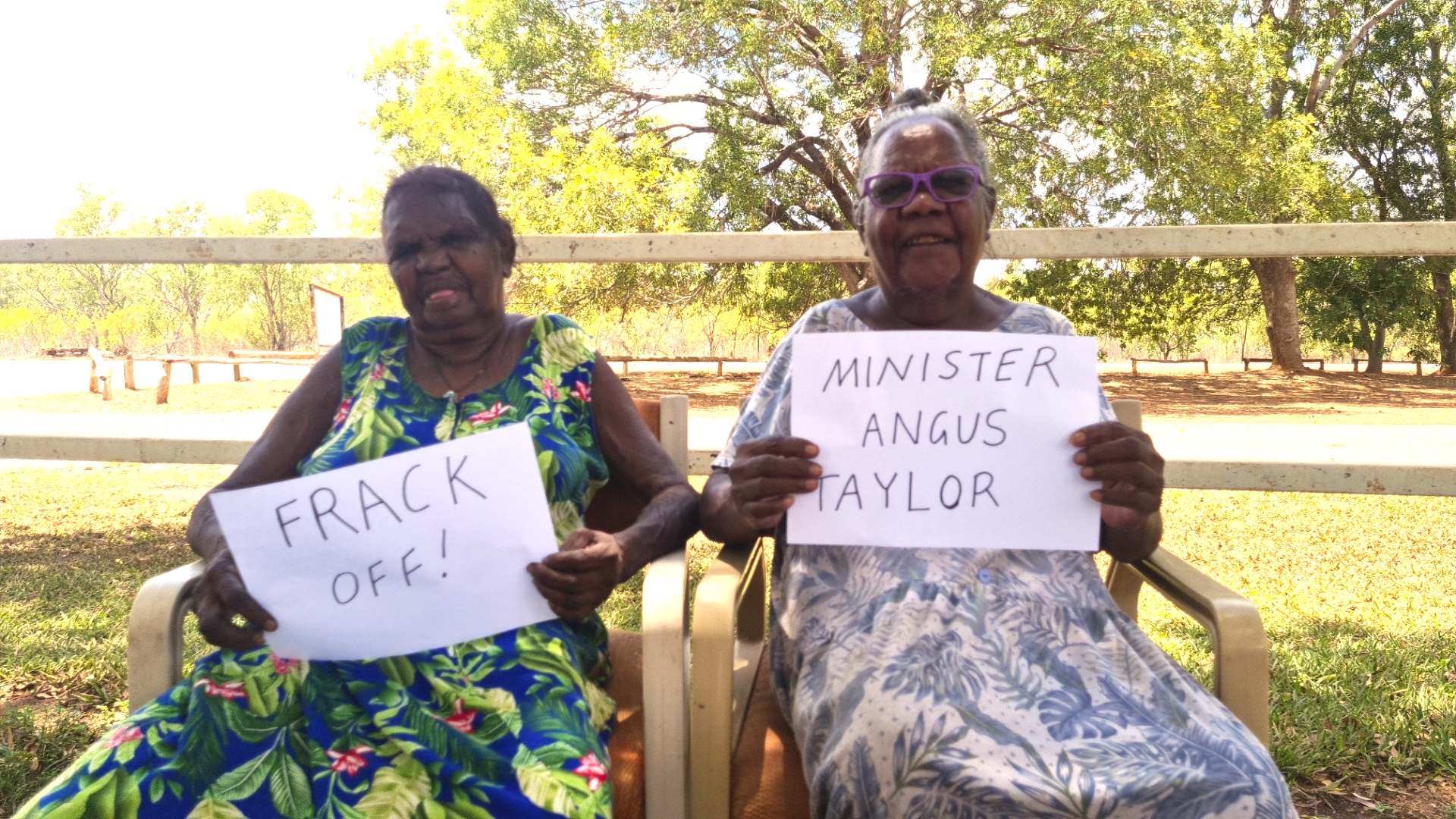 Fracking Gas in NT Too Expensive

Why onshore gas will not help manufacturing in the NT

Manufacturers could have accessed near free gas in the Northern Territory between 2009 and 2019. Yet gas-related manufacturing declined, despite millions spent in attempts to woo industry. Attempts to develop such industries now are likely to be futile given the high cost of onshore gas and prices linked to international and national markets. Stimulus policy should be directed to more viable, sustainable and labour-intensive industries.