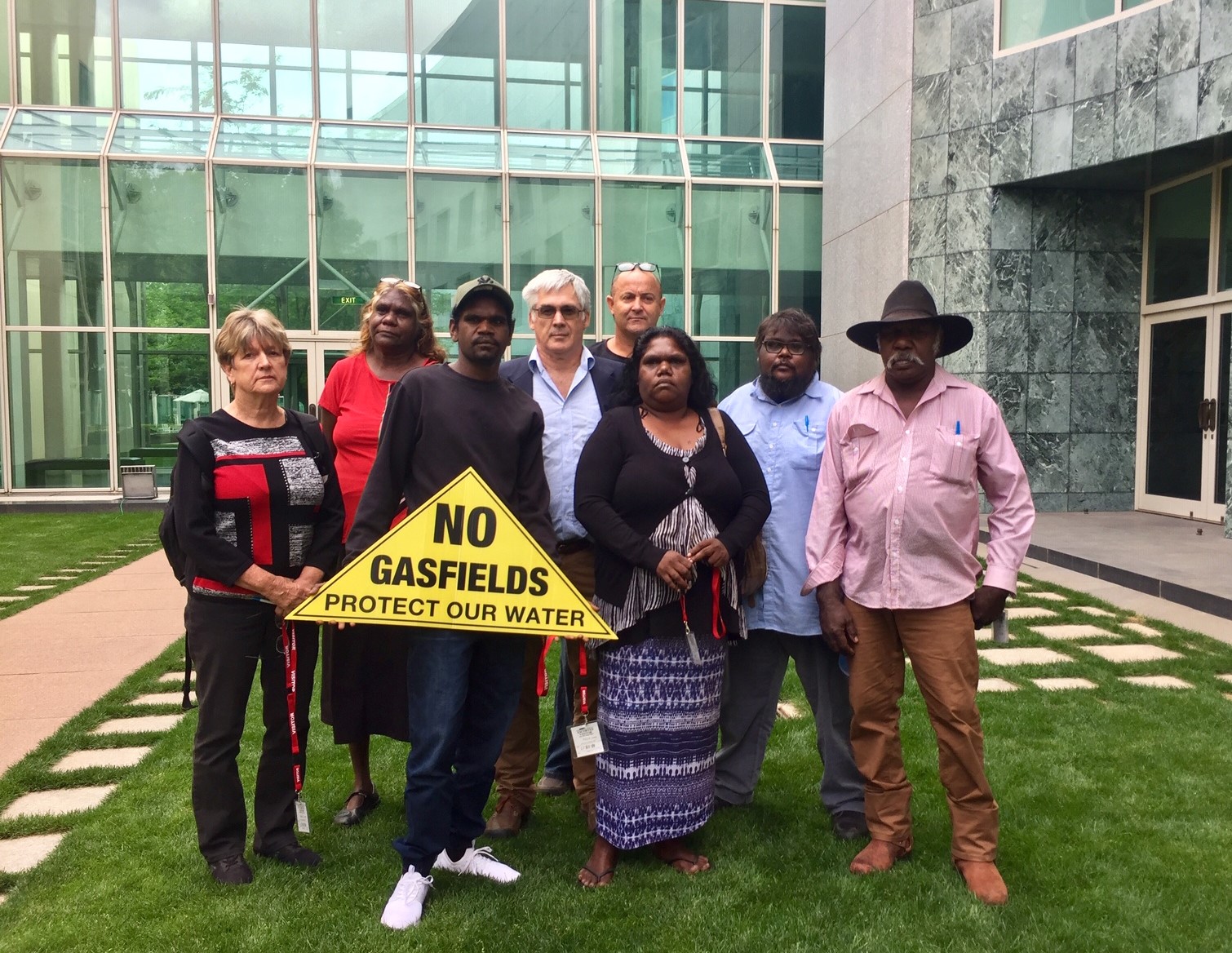 A delegation of Northern Territory farmers, tourism operators, traditional owners and concerned community members have arrived in Canberra today to call for national leadership to ban fracking and protect our climate.

The group have met with federal MPs and Senators during the final sittings of parliament for the year, concluding a 4800km fact-finding tour from the Northern Territory through Queensland and Central NSW gasfield impacted regions...

The delegation will also highlight alarming new findings from the NT Government showing shale gas fracking would make Territorians the biggest per capita polluters in the world by a factor of five, driving emissions up from 3% to 20% of the nation’s total.[1]

Graeme Sawyer, Coordinator of the Protect Country Alliance said, “In the Territory fracking threatens regional communities and our sustainable industries like fishing, farming and tourism through depletion and inevitable pollution of precious water resources.”

“Our delegation visited gasfield impacted regions on the way to Canberra and witnessed communities and landscapes torn apart, social disruption and farmers forced from their land due to invasive gas mining.”

“Australians are increasing pressure on our federal parliament to get serious about tackling climate change. Territorians are here to warn them that opening up new polluting fracked gas reserves in the Territory is a reckless short term policy that undermines every other states responsible action to reduce emissions.”

“Today Territorians have delivered a very clear warning to Canberra: as our country faces a dangerous and uncertain future with climate change, we simply can’t afford to open new polluting fracking gasfields anywhere.”

“We are calling on federal parliamentarians to wake up to the real risks fracking presents, and as a first step, to cooperate on enacting legally binding interim targets to reduce emissions to protect our climate.

Gadrian Hoosan, a Borroloola-region Traditional Owner said “Our communities stand united in the fight against fracking. We know clean water and healthy country is worth more than the scraps of gas royalties could ever buy.

“After seeing the damage gasfields have done elsewhere in Australia we are more determined than ever to make sure the frack rigs never roll into our regions.”