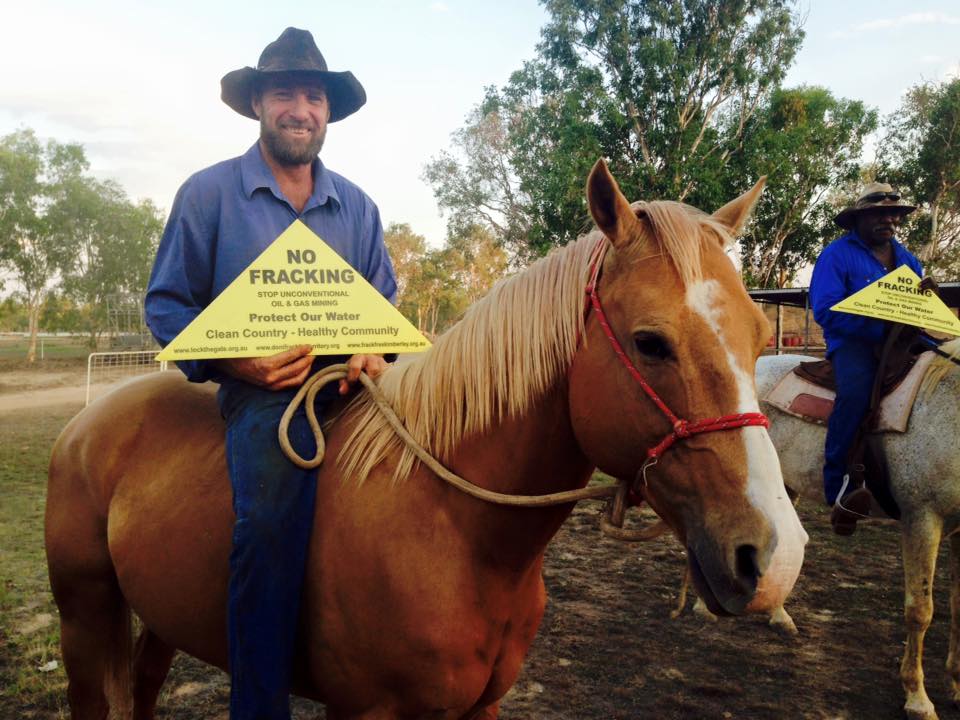 Courageous Territory landholders are in Sydney this morning to challenge gas giant Origin Energy over claims the company has consent to frack their homelands...

Origin is planning for hundreds of polluting gas wells and massive fracking fields across some of the Northern Territory’s most pristine landscapes, springs and rivers and iconic tourism areas.

The landholders were backed by a shareholder resolution lodged by the Australasian Centre for Corporate Responsibility (ACCR), which received a strong vote of support at the AGM.

Brynn O’Brien, Executive Director of ACCR said: “This is a momentous occasion. This is the first shareholder resolution of its kind ever voted upon in Australia, and perhaps the world. 10% of shareholders voted against the Board and for greater scrutiny of Origin’s consultation and consent practices. This is a strong base for us to build from.”

Today is just the start of a dedicated national campaign to protect our communities, country and climate from Origin’s fracking plans. Over the coming months there will be lots of ways you as a resident, shareholder or customer can take your message to Origin and tell the company: Don’t frack the NT!